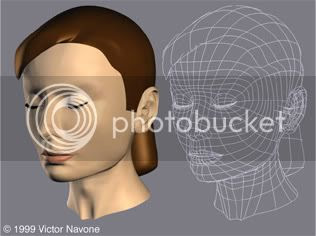 Coolio (born Artis Leon Ivory Jr. on August 1, 1963 in Compton, California) is an American rapper perhaps best known for the hit song "Gangsta's Paradise" from the Dangerous Minds soundtrack. He originally got the name "Coolio" from his mates in Compton when he was younger, who compared his musical talent to that of Julio Iglesias but since he rapped instead of sang, and had a fresh cool mellow feel, he was given the name Coolio Iglesias. Despite his much troubled childhood, he learned how to read from the Pelton Power Program for Kids at age 12, founded by Texas jazz musician Aaron Pelton. He began performing after graduating high school. After releasing one single, "Watcha Gonna Do", an addiction to crack cocaine derailed his career.

Mohandas Karamchand Gandhi (Gujarati: મોહનદાસ કરમચંદ ગાંધી; Hindi: मोहन्दास करमचंद गांधी, Pronunciation-IPA: / moːhənd̪aːs kərəmtʃənd̪ gaːnd̪ʰiː / ) (October 2, 1869 – January 30, 1948) was a major political and spiritual leader of India and the Indian independence movement. He was the pioneer[1] and perfector of Satyagraha — resistance through mass civil disobedience strongly founded upon ahimsa (total non-violence). Gandhi is commonly known and addressed in India and across the world as Mahatma Gandhi (Hindi: महात्मा, / məhatma /; from Sanskrit, Mahatma: Great Soul) and as Bapu (in many Indian languages, Father). An English-educated lawyer, Gandhi first employed his ideas of peaceful civil disobedience in the Indian community's struggle for civil rights in South Africa.

Eunice Kathleen Waymon, better known as Nina Simone (February 21, 1933 – April 21, 2003), was an American singer, songwriter and pianist. She generally is classified as a jazz musician, although she disliked that categorisation herself; and her work also has been described as covering the blues, rhythm and blues, classical, and soul. Her vocal style is characterized by passion, breathiness, and tremolo. Admitting she sings like a man, in 1998 she took singing lesson with Diana Ross.

Tyra Lynne Banks (born December 4, 1973) is an American supermodel, author, actor, and talk show host. Banks is widely-recognized as one of the most famous models in the world and she is part of a small group of supermodels of African descent. Banks is currently ranked as the fourth highest earning supermodel.[citation needed]

Salman Rushdie (born Ahmed Salman Rushdie, Urdu: أحمد سلمان رشدی, Hindi: अहमद सलमान रश्‍दी on June 19, 1947, in Bombay, India) is a British Indian essayist and author of fiction, most of which is set on the Indian subcontinent. He lives in London and New York City. Rushdie grew up in a middle class Muslim family in Bombay (now Mumbai). When he was 17 his family moved to Pakistan. He attended the Cathedral and John Connon School in Mumbai, Rugby School in Warwickshire, then King's College, Cambridge in England. Following an advertising career with Ayer Barker, he became a full-time writer. His narrative style, blending myth and fantasy with real life, has been described as magic realism. In 2004, Rushdie married his fourth wife, Indian model and actress Padma Lakshmi.

Charles Milles Manson (born November 12, 1934) is an American convict and career criminal, most famous for his actions in the late 1960s. He has spent most of his adult life in prison, initially for offenses such as car theft, forgery and credit card fraud. He also worked some time as a pimp. In the late 1960s, he became the leader of a group known as "The Family", and masterminded several brutal murders, most notably that of movie actress Sharon Tate (wife of movie director Roman Polanski), who was eight and a half months pregnant at the time. He was convicted of conspiracy to commit murder in what came to be known as the "Tate-La Bianca case", named after the victims, although he was not accused of committing the murders in person. He is serving a life sentence in California's Corcoran State Prison, and is up for parole in 2007.

1. Diego Rivera (December 8, 1886 – November 24, 1957), (full name Diego María de la Concepción Juan Nepomuceno Estanislao de la Rivera y Barrientos Acosta y Rodríguez) was a cubist painter and muralist living in Mexico. Diego is perhaps best known by the world public for painting a vast mural in the 1930s featuring early communist leaders juxtaposed with the Founding Fathers of the United States in the lobby of the Rockefeller Building. That work was quickly destroyed by angry Rockefeller staff people before it could be completed in that location; see the movie Cradle Will Rock for a reenactment.

2. Jesse Louis Jackson (born October 8, 1941) is an American politician, civil rights activist, and Baptist minister. He was a candidate for the Democratic presidential nomination in 1984 and 1988.

3. Andrew Carnegie (November 25, 1835 – August 11, 1919) was a Scottish-born American businessman, a major philanthropist, and the founder of the Carnegie Steel Company which later became U.S. Steel. He is known for having, later in his life, given away most of his riches to fund the establishment of many libraries, schools, and universities in Scotland, America and worldwide.

4. Jeffrey Lynn "Jeff" Goldblum (born October 22, 1952 in Whitaker, Pennsylvania) is a film actor, known for his often quirky, intense or comedic characters (often scientists), distinctive appearance (dark haired and lanky, and at 6 feet 4 inches (1.93 m) he is one of Hollywood's tallest actors) and his unique, stuttered delivery of lines. Goldblum, the third son of a Jewish doctor and a radio moderator, moved to New York City at 17 to become an actor. He worked on the stage and studied acting at the renowned Neighborhood Playhouse under the guidance of acting coach Sanford Meisner. He made his Broadway debut in a production of The Two Gentlemen of Verona.

5. Joshua Carter Jackson (born June 11, 1978) is an actor in American television and movies. He was born in Vancouver, British Columbia, Canada to an American father and an Irish-born mother. He currently divides his time between Los Angeles and Vancouver. Previously he lived in Wilmington, North Carolina, where the television program Dawson's Creek was filmed. Joshua grew up in California and Seattle until age 8, when he moved back to Vancouver with his mother and younger sister. Soon after he took up acting, landing a role in a commercial for Keebler's Potato Chips. He is best known for the role of Pacey Witter on Dawson's Creek, but he has also appeared in several movies including Cruel Intentions, The Mighty Ducks series, Apt Pupil, Scream 2, The Laramie Project and The Skulls. In 2005 he was one of the few actors to be considered for the role of Bruce Wayne/Batman in "Batman Begins".

6. Leon Davidovich Trotsky (help·info) (Russian: Лев Давидович Троцкий; also transliterated Leo, Lev, Trotskii, Trotski, Trotskij, Trockij and Trotzky) (November 7 [O.S. October 26] 1879 – August 21, 1940), born Lev Davidovich Bronstein (Лев Давидович Бронштейн), was a Bolshevik revolutionary and Marxist theorist. He was an influential politician in the early days of the Soviet Union, first as People's Commissar for Foreign Affairs and then as the founder and commander of the Red Army and People's Commissar of War. He was also a founding member of the Politburo.

7. Sugar Ray Robinson, born Walker Smith Jr., (May 3, 1921 – April 12, 1989) is recognized as one of the greatest boxers of all time. He is frequently listed at number one on the list of top boxers by boxing aficionados. As a holder of many boxing records, Robinson was the first boxer in history to win a divisional world championship five times; a feat he accomplished by defeating Carmen Basilio in 1958 to regain the world middleweight title he had lost to Basilio the previous year. Robinson also held the world welterweight title from 1946 to 1951. Many boxing fans and critics regard Robinson as, "pound for pound", the best boxer of all time. Muhammad Ali, who repeatedly called himself "The Greatest", has said without hesitation that, while he considers himself the greatest heavyweight fighter, Robinson was the greatest fighter of all time.

8. Winnie Madikizela-Mandela (born September 26, 1934 or 1936 as Nomzamo Winifred Zanyiwe Madikizela) is the ex-wife of former South African president and African National Congress (ANC) leader Nelson Mandela. She is also a significant politician in her own right, having held government positions and headed the ANC Women's League. A controversial figure, she is known to her supporters as 'Mother of the Nation' and is popular because of her activism, yet reviled by others for her controversial actions.

9. Robert von Ranke Graves (24 July 1895 – 7 December 1985) was an English scholar, poet, and novelist. During his long life, he produced more than 140 works in total. He was the son of the Anglo-Irish writer Alfred Perceval Graves; the historian Leopold von Ranke was his mother's uncle, and he inherited the name.